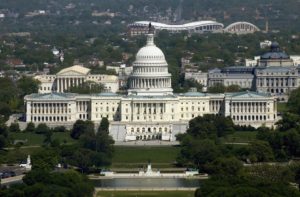 Retlif Testing Laboratories recently participated in an exciting and educational effort as part of the American Council of Independent Laboratories  (ACIL) Government Relations Committee (GRC), on Capitol Hill in Washington D.C. Retlif’s Business Development Manager Owen Watford and New Hampshire Branch Manager Scott Wentworth were part of  ACIL’s effort entitled “2018 ACIL P2 Independence Day” that enabled members of ACIL representing their individual states to be heard in both the US Senate and the US House of Representatives. 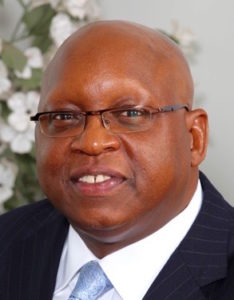 The visit addressed important initiatives of ACIL in order to foster awareness and drum up support for a wide list of topics, and provided a forum for member organizations to provide their specific positions and concerns to elected officials.

Owen Watford introduced ACIL and its mission and then advanced Retlif’s message, which reflected three concerns largely echoed by other laboratories in other states. 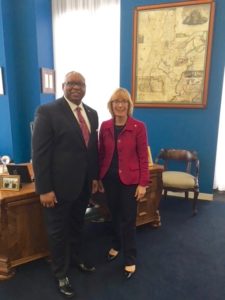 “I was pleased to have the opportunity to address former governor and current junior Senator from New Hampshire, Maggie Hassan and her colleagues.” Mr. Watford commented. “My purpose was to raise awareness and to ask her and others on Capitol Hill to support the need to address the emerging threat of EMP (Electromagnetic Pulse Attack), which could create devastating damage to our infrastructure and electric grid, as well as to promote the need for a 355-ship US
Navy.

We are currently at 284 deployable ships now, and plans exist to add 42 ships over next 5 years to arrive at a total of 326 ships.  More education, funding and awareness is needed to access the goal of a 355-ship navy in the next twenty years.”

The Retlif team also presented a heartfelt case for support of vocational and technical training. “Our elected congressional officials need to do a much better job with vocational training,” Mr. Watford assessed. “The lack of this is negatively affecting Retlif and innumerable other US businesses seeking to hire qualified candidates who have at least some basic technical skills. Senator Hassan replied that she happens to be currently working on this problem and is putting together ideas to bring to the Senate floor.”

Certainly, from an awareness-raising perspective, the Retlif team made excellent headway by bringing the issues directly to the officials. Getting the wheels of government to turn more smoothly and more rapidly can be quite a different matter. Time, as always, will tell.

ACIL is the trade association representing independent, commercial scientific and testing laboratories. Its members are professional services firms engaged in testing, product certification, consulting, and research and development. Affiliated membership is available to manufacturer’s laboratories, consultants, and suppliers to the industry. The association was founded in 1937 as the American Council of Commercial Laboratories.  It was later incorporated in the State of New York as the American Council of Independent Laboratories.

ACIL defines independent scientific and engineering services firms as commercial entities engaged in analysis, testing, inspection, materials engineering, sampling, product certification, research and development and related consulting services for the public.  They are not affiliated with any institution, company, or trade group that might affect their ability to conduct investigations, render reports, or give professional, objective, and unbiased counsel.