Retlif Testing Laboratories,  is celebrating National U.S. Navy Aircraft Carrier Month at all of its locations and laboratories. 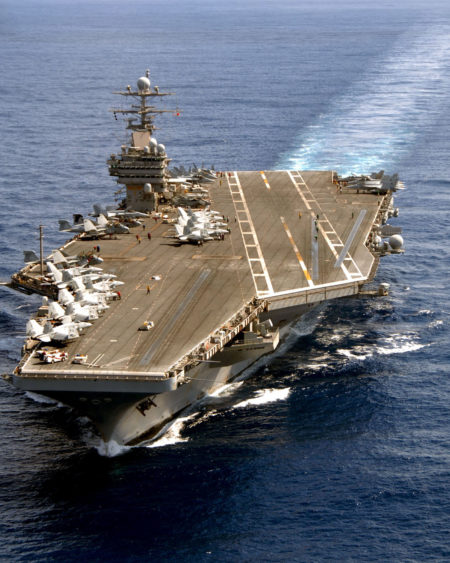 “U.S. Navy aircraft carriers have been deployed in every major conflict since World War II,” Retlif President Walter Poggi stated. “They have served as a cornerstone of the USA’s ability to protect its citizens and project its strength. We recognize the accomplishments of U.S. Navy aircraft carriers in defending the freedom of the United States and our allies, by responding to crises, by helping to defuse potential situations and by spurring technological innovation.”

Retlif Business Development Manager Owen Watford observed, “We celebrate National U.S. Navy Aircraft Carrier Month at all our Retlif locations in New York, Pennsylvania, New Hampshire and North Carolina. We are extremely proud of Retlif’s contributions to the success of these great ships. As a supplier of EMC/EMI and Environmental testing services for U.S. Navy aircraft carrier maintenance and construction, Retlif has been part of the testing of numerous component parts and systems for carriers since our inception in 1978.”

Mr. Poggi added, “As the U.S. seeks ways to pursue the fight against terrorism and other national-security challenges, policymakers will increasingly rely on aircraft carriers in more situations than previously, especially as new technologies and capabilities are incorporated into these vessels.”