Giving Back In Pa.

Retlif in Harleysville, PA, has been giving back to the local community for many years. One organization in particular, Heavenly Helpers, has benefitted from the generosity of the company and its employees. A mission team that was started by St. Mark’s Lutheran Church of Pennsburg and St. John’s Lutheran Church of Sumneytown, Heavenly Helpers came together in 2007 in the aftermath of Hurricane Katrina. Since then the group has expanded its reach to include many smaller projects closer to home.

Megan Sell, a Retlif employee who began working with the group as part of her senior project in high school, brought the mission team to Retlif’s attention, and the company and employees were happy to become involved. 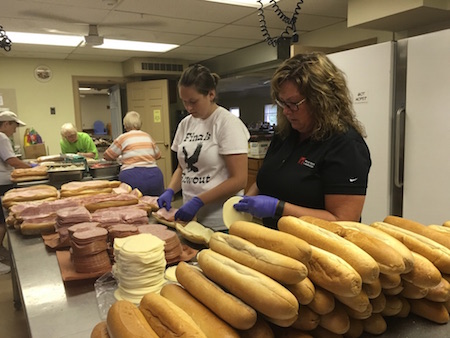 One of the Heavenly Helpers fundraisers Retlif employees participate in is the monthly hoagie sale. Pictured are Colleen Reitz, the Harleysville, PA, laboratory supervisor, and her daughter Kaitlin helping at the latest sale.

Retlif has been a longtime supporter of charitable endeavors, and this past holiday season was no exception. Along with its employees, the company participated in the  Family Ties Adopt-A-Family program, through the Family & Children’s Association located in Mineola New York.

Retlif’s generous contribution allowed the Association to continue its mission of protecting and strengthening Long Island’s most vulnerable children, families, seniors, veterans and their communities.  President and CEO Jeffrey L. Reynolds acknowledged the generous support and trust in a letter earlier this year.  Families on Long Island were able to enjoy a brighter holiday season thanks to Retlif’s support.